My hobbies are starting to rub up against one another, in a bad way.  I like to run.  For fun, 5Ks, half marathons, triathlons.  In the back of my mind, I always felt like brewing (and the subsequent drinking and consuming of calories) gave me a reason to exercise.  From an opposing perspective, exercising with intention seemed to provide me with license to imbibe.  Lately, it feels like the two are less complimentary than they have been in the past.  When I should be running, I find myself drinking a beer.  When I want to brew, I don't because I won't have time to run.  Maybe it's the holidays, but often I don't seem to have energy to do either.  Every time I find motivation, something interferes and prevents my good intentions from being realized.

Yesterday, I got a decent run in right after work.  5 miles through a canyon nearby with no one else around.  I didn't feel tired or distracted or out of sync.  Then last night I brewed for the first time in over a month.  I used rye for the third brew session in a row and made a beer that I hope will be reminiscent of Alpine Nelson, but with more caramel malt character.  Carnelian Red Rye IPA uses sizable portions of Nelson hops in the flavor and aroma additions and in dry hop additions as well.  There's plenty of rye in the malt bill along with American 2-row and a variety of Caramel Malts rounding out the malt profile.  I used rice hulls for the first time to offset the gumminess of the rye and avoid a stuck sparge.  Safale US-05 yeast provides the magic.  It came out a nice deep red color (hence the name, Carnelian).  Check the recipe below: 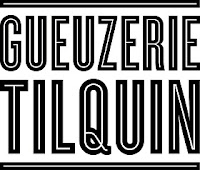 I had a bottle of Oude Gueuze Tilquin á L'Ancienne that I'd been wanting to drink.  Gueuzerie Tilquin blends gueuze the traditional way, using worts from a variety of Belgian producers like Cantillon and Boon.  It's a beautiful beer in my opinion.  It's very tart and aromatic.  There's heavy citrus notes in the taste and the finish is wonderfully dry.  It's funky, but not in your face.  I decided to make a dregs beer using the yeast dregs, so I made an extra gallon of wort when brewing Carnelian RedRye IPA.  I admit, the profile of the base beer doesn't exactly scream wild fermentation, but I guess that's sort of the point with dregs beers.  You get to combine ingredients and processes that aren't "supposed" to play well together.


Next, I'll be brewing Lewy's Blackout IPA.  It'll be the first time I've replicated one of his recipes exactly and it's a personal favorite of mine.  Can't wait...
Posted by Daniel Schroeder at 9:52 AM 1 comments