Truths we already know, backed up by science:
"Merely A Taste of Beer Can Trigger a Rush of Chemical Pleasure in the Brain"

Google not only puts an amazing amount of information at your fingertips, but it does it in a way that is organized and accessible.  When you create a custom search engine via Google you can further limit the results of queries and keep them topic-specific.  I found this Beer Search Custom Search Engine and have been using it for the past few days.  It's dedicated to beer and beer ratings.  Go ahead and give it a try: 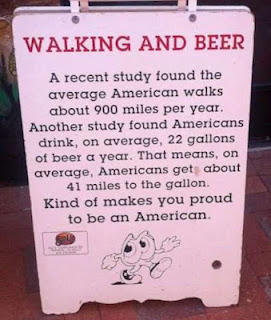 Proof that drinking beer does not necessarily mean you have to be fat:

The article linked below provides an analysis of alcohol related to fitness and fat loss/gain.  The summaries provided at the end of the article are reproduced below as bullet points.  The entire article can be accessed using the link below:

* Moderate alcohol consumption is assocoiated with an abundance of health benefits. The long-term effect on insulin sensitivity and body weight (via insulin or decreased appetite) may be of particular interest to us.
* The thermic effect of alcohol is high and the real caloric value is not 7.1 kcal: it's ~5.6 kcal. However, it's still easy to overconsume calories by drinking. Calorie for calorie, the short-term effect of alcohol on satiety is low. Adding to this, intoxication may also encourage overeating by disinhibition of dietary restraint.

* The negative effects of alcohol on testosterone and recovery has been grossly exaggerated by the fitness mainstream. Excluding very high acute alcohol consumption, or prolonged and daily consumption, the effect is non-significant and unlikely to affect muscle gains or training adaptations negatively.

* The effect of alcohol on muscle protein synthesis is unknown in normal human subjects. It is not unlikely to assume that a negative effect exists, but it is very unlikely that it is of such a profound magnitude that some people would have you believe.

* Alcohol is converted to acetate by the liver. The oxidation of acetate takes precedence over other nutrients and is oxidized to carbon dioxide and water. However, despite being a potent inhibitor of lipolysis, alcohol/acetate alonecannot cause fat gain by itself. It's all the junk people eat in conjunction with alcohol intake that causes fat gain. 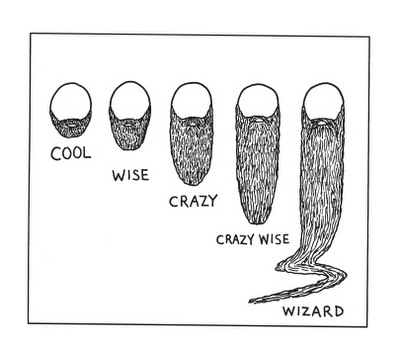 The science of being jangled, analyzed on a couch...

Creatures seek and exist in altered states for a variety of reasons.  Simple pleasure, escape from _____, addiction/dependency, mental or physical pain or fatigue, boredom, to rebel, to belong.  Alcohol is the most common and socially acceptable inebriant on the planet, but the mechanics of how alcohol makes us feel a certain way and all of the effects that it has on our bodies and brains is not completely understood.  We know that ethanol makes us drunk if imbibed in the right amount.  We also know that the particular shape and small size of ethanol molecules as well as their fat and water soluble properties provide access to many parts of our bodies that other, more complicated molecules can't touch.

When ethanol makes its way into the small intestine, it's readily absorbed into the bloodstream and quickly finds its way to our brain.  There it disrupts our neural circuitry, slowing the whole brain down.  It also stimulates the production of dopamine and other pleasure-inducing neuro-chemicals, encouraging us on a cellular level to consume it.  In a sense, it rewards us for making ourselves dumber.  When we're inebriated we drop many of the filters that protect our fragile egos from the criticisms of society and self.  Many of these airs are meant to fool ourselves as much as anyone else, as our perceptions of ourselves are almost always idealized.  Therefore, being drunk and observing others in a similar state is both valuable meta analysis and social foraging, respectively.  Alcohol brings out something more basic in a person; perhaps something more honest.  That can be both a good and a bad thing, as the results can be compelling in a myriad of ways.  People consume alcohol for the same reason that they consume religion.  We know that something else exists beyond our consciousness but have not the slightest ability to categorize or define it.  Altered states give our minds pause to consider the frailty of reality and sometimes to question its existence altogether.