Getting Reacquainted With My Old Friend Mead

Last September I made a mead using some beautiful orange blossom honey and Lalvin 71B (aka Narbonne).  For the last 150 days I watched it painstakingly ferment to absolute dryness and clear out as the yeast dropped out of suspension.  I did my best to forget about it and let it go about its business without me meddling, and I almost did too well, forgetting to transfer it off the lees into different containers when I should have.  Mead can be like an old friend that you haven't seen for a long time.  When you don't see that person face-to-face with regularity, the effects of time can be surprising.  With mead you hope that the results of time reveal that it's aged more elegantly than that old high school friend who has put on too many pounds and has six kids.

Luckily, this mead developed beautifully, with a pale straw color and a super dry finish that's a perfect canvas for adding additional ingredients and trying something different.  The mead has a distinctive citrus flavor as a result of the orange blossom honey and the esters imparted by the yeast.  Narbonne is supposed to impart a nice rounded flavor due to its neutralization of malic acid, and I'm counting on it to do its job throughout tertiary.  Today I added 12 pounds of cabernet grapes that were gifted to me by my friend Steve last year.  The frozen grapes were added in equal portions to two different fermentation buckets and the mead was racked on top. 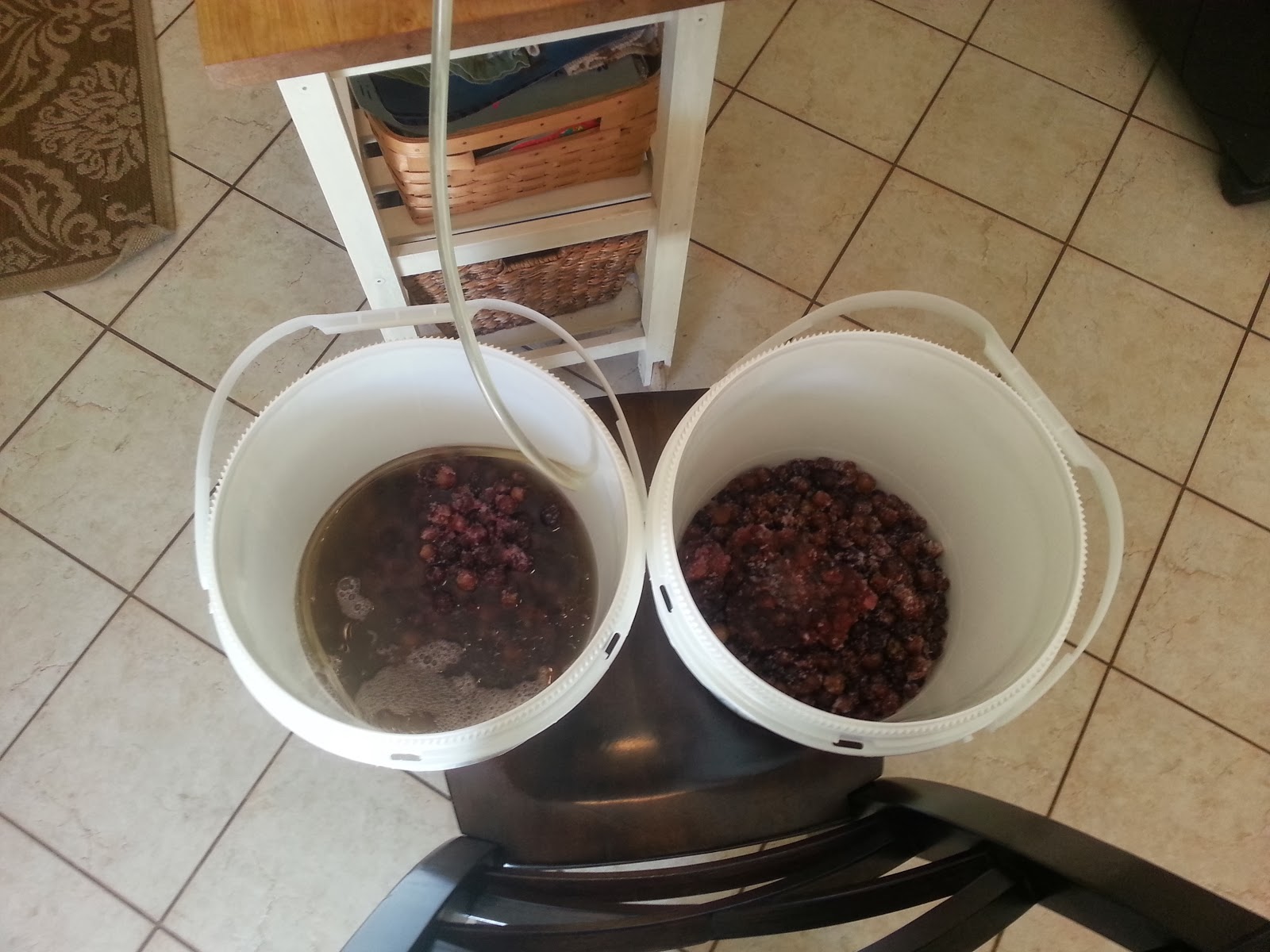 One of the two buckets will be allowed to do its thing undisturbed for the next month or so, while the other is going to get a few inches of medium toast American white oak in honeycomb form courtesy of Lewy.  I want the oak to add nuanced background flavor but definitely not be overpowering so I'm taking his advice and adding about two inches of the honeycomb.  I'll be tasting it often to see how it impacts the flavor.

I'll be brewing the second in a series of three lambics later on this month with the intention of blending all of them into a (hopefully) passable gueuze when they are done fermenting and aging.  I'm a few months behind schedule.  It'll be some variation on the first one, Surranes Lambic.  Need some background?  The original post can be found here.
Posted by Daniel Schroeder at 3:22 PM 10 comments