Last weekend, I woke up early for a triple brew session with Lewy and Eric.  My all grain system is gravity dependent and pieced together over the course of the last ten years.  In effect, it's not the most conveniently compact or mobile.  So I found myself loading cinder blocks (for brew pot height) into the back of my car at 6AM last Saturday morning.  My wife Erin, sitting on the couch in a warm robe with a steaming cup of coffee in her hand looked at me like I was crazy, and at that moment, I think she may have been right.  But by the time I got to Lewy's house and fired up the kettle it was time to brew, and all regrets related to comfortable beds and sleeping in vanished.  It was a beautiful sight, seeing three different systems cranking out beers that were completely unique and individualized.  Lewy made two separate 5 gallon batches.  One, a pale ale with hop additions on the fly and another an experimental batch meant to be fermented with wine and beer yeasts.  Eric brewed a dark Vanilla Bourbon Imperial Stout using the brand new stainless steel false bottoms he fabricated for both of our coolers (thanks man!).  I made another Flanders Red.

In October I brewed my third Flanders Red and named it Red Giant.  It followed recommendations from Wild Brews and other sources and ended up as follows:


I made Red Giant so I could start getting beers together for future blending after finding success the first time.    In fact, Red Giant was pitched on the conglomerated yeast cake left over from the first blending session (5 different yeast cakes with many different strains, dregs, bugs and oak cubes in each).  I left Red Giant on the yeast cake for an extended time in an attempt to coax extra funk into it.

Last weekend I brewed Red Dwarf which followed Red Giant's recipe exactly.  Prior to brewing Red Dwarf, I simply racked Red Giant into a fresh carboy, and then pitched Red Dwarf onto the cake again.  The difference between the two will be in the yeast contact time and the secondary additives.  I plan to leave Red Dwarf on the yeast cake for about 6 weeks, before transferring to secondary on top of roughly 7 pounds of tart cherries.  I also decided to mash Red Dwarf at a higher temperature (154ºF instead of 151ºF) to leave some additional complex dextrins in the wort for the bugs to eat away at.

I'm hoping that the similarities and differences in the two will make them good for blending with one another and that Lewy and others will have Flanders Reds of their own to throw into the mix.

Next up I'll be brewing 10 gallons of IPA and fermenting one with traditional ale yeast and the other exclusively with Brett Drie.  Recipe to follow.

Matt Brynildson is the brewmaster at Firestone Walker.  He also makes amazing beers.  Firestone is responsible for a large portion of the impetus which compelled me to start brewing.  In college at UC Santa Barbara, Firestone was one of the only real craft breweries that could claim to be local.  On road trips up Highway 101 to Northern California to camp in Big Sur or visit friends, you'd drive past Firestone, sitting alone in what felt like the middle of nowhere adjacent to the Gaviota Coast in Buellton, CA.  I was never old enough during times that I drove by, so a stop there wasn't feasible.  However, I drank plenty of Firestone in college and always savored it.  When you and a roomate hustle together some money to buy beer, it's hard to turn away from the $4.99 thirty pack of Keystone Light (even with the "specially lined can" there would always be 1-4 beers that were undrinkable somehow) and instead spend $5.99 for a twelve pack of Double Barrel Ale, but it happened often enough.  Apparently I had my priorities more in line than I realized at the time. 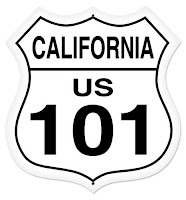 If I was to try and characterize the evolution of my beer palette, Firestone would be first or second along with Sierra Nevada and Nectar Ales as the most influential beers at a time when I was especially impressionable (incidentally, Firestone now owns and brews Nectar Ales).  At NHC 2011 I had a chance to listen to a very articulate and entertaining Brynildson talk candidly about hops and generously share Double Jack and other outstanding beers with the audience.  His talk and a realization of his role as Firestone's archetype sort of snapped in line a lot of previously disjointed and seemingly unconnected thoughts about how I became a homebrewer.  Since then, I've been drinking a lot of his beers and I like almost everything.

He shares a recipe and procedures for brewing Union Jack IPA in Mitch Steele's tome on hop-centric beers, IPA, and I decided to brew it as closely as possible to his specifications.  Union Jack is light and crisp with ample aroma from two separate dry hopping additions.  Even though Centennial and Cascade make up the bulk of the additions, there are small portions of Simcoe and Amarillo added into each dry hopping, making the nose that much more complex.  The recipe calls for London Ale yeast, which should provide a rounder, fruitier taste, and plenty of two row along with some light crystal and Munich malts.  I added a small dextrose addition to mine to dry it out and further accentuate the hops.  I named my version Protectorate Jack IPA after Oliver Cromwell's short lived era of rule as Lord Protector of the United Kingdom when the Protectorate Jack flag flew in place of the Union Jack.  Cromwell is a controversial figure, being the only one to rule England, Scotland, Wales and Ireland concurrently, but also maligned by many of his contemporaries and plenty of British historians.  He was one of a few historical figures to be posthumously executed.  I hope my beer is judged less harshly.  History aside, I'm excited to try and recreate what I think is one of the best West Coast IPAs around and maybe check in with a younger version of myself.  Perhaps I can understand his mindset a little more clearly, since the process that started me on this winding road seems to be slowly curving its way around toward full circle.  Check the recipe below: