Getting Closer to Gueuze

18 months ago I had grand ambitions about a series of lambics, brewed at one year intervals and then blended to make gueuze and fruit lambic.  In October 2012 I brewed the first in the series, decoction mashing for the first time, and naming it Surranes Lambic.  A year-and-a-half have passed since then, and I'm a little behind schedule.  Earlier this week I brewed the second version of Surranes Lambic and suddenly I'm all excited about gueuze and blending and sour funkiness again. 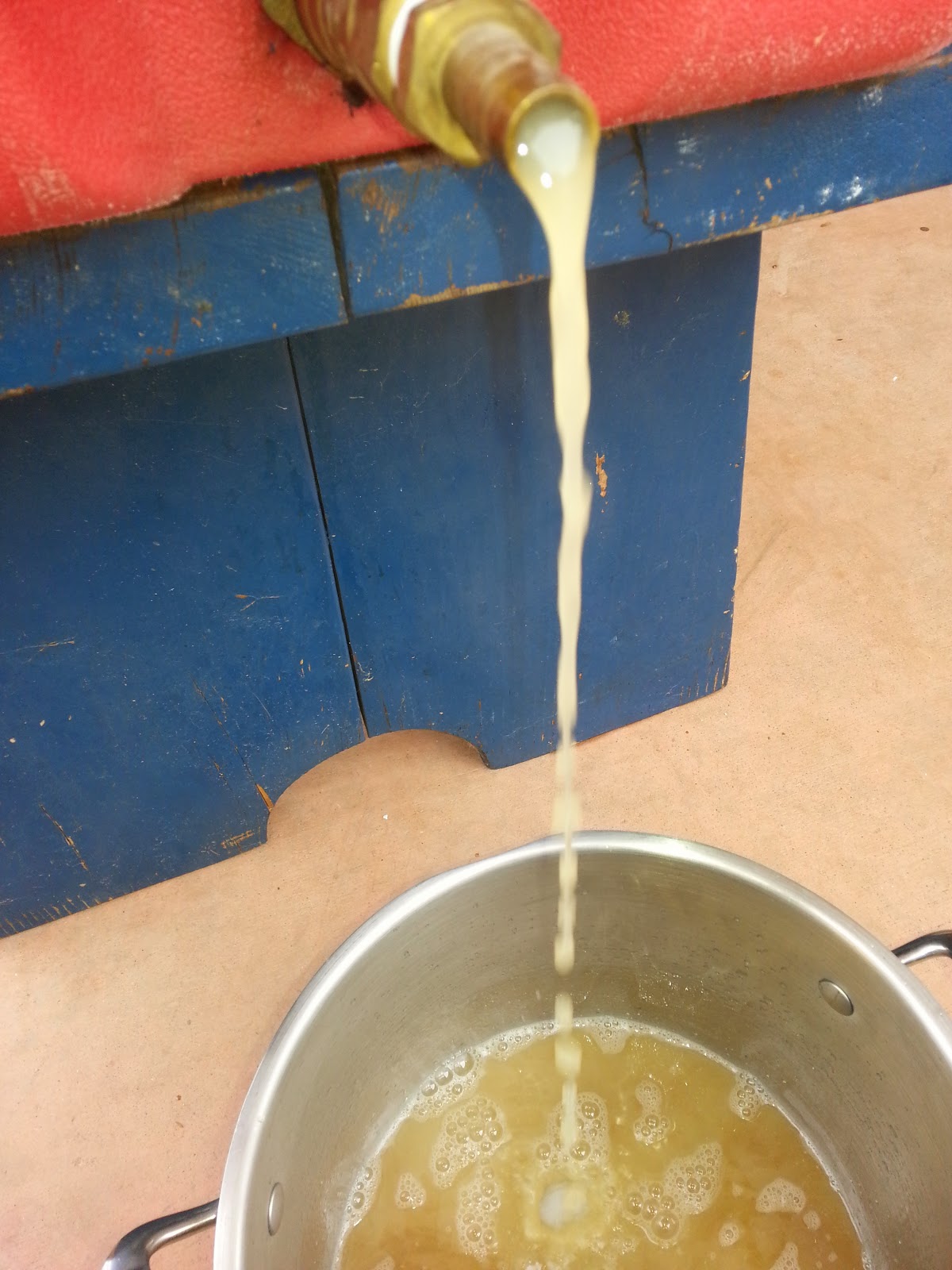 A few small things have changed since the plan was hatched back in 2012.  Besides the extended timeline, I originally planned to use the remaining 20 pounds of cabernet grapes from my friend Steve's family grapevines in some way.  Instead they've been utilized in the making of a Cabernet Pyment (along with an Oaked version).  I also thought I might alter the recipes of each of the three batches to provide more variety of flavor and enhance complexity when blending.  This has worked well in the past when brewing and blending Flanders Reds.  You can use different ingredients in a variety of combinations and different fermentation techniques and processes to get to a proper version of a Flanders Red.  That variation makes blending them together all the more enjoyable as the final product can take from a lot of different flavors and the result can be all the more complex and interesting.  Instead of altering the base recipe, I decided instead to change up the yeast.  With so many different yeast products available (even in the last 18 months) it seemed like an interesting idea to change just that one single variable and get variety from the most important ingredient in any beer. 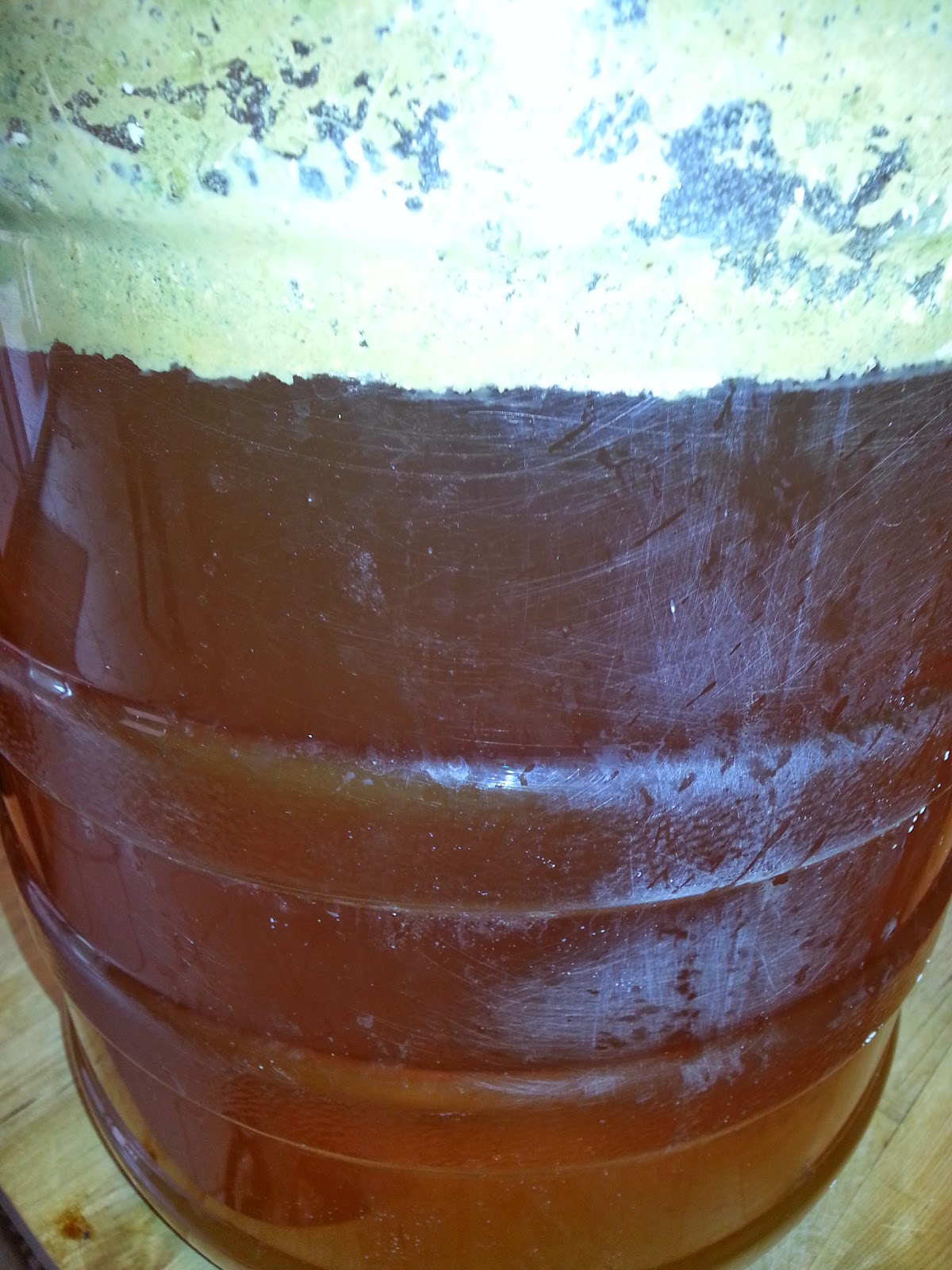 So, I brewed Surranes Lambic 2 and followed the same process as before.  I relied on a decoction mash to enhance the fermentability of the wort.  After much deliberation I decided to pitch a portion of a a culture I built up from HaandBryggeriet HaandBic Lambic.  My hope is that I'll get to taste a beer that retains many of the characteristics I associate with HaandBic even without the barrel aging: floral, tart, fruit forward (berries), light vanilla, plenty of yeast character.  This version will likely get the fruit, but I'm not sure what I'll use.

Hops
Posted by Daniel Schroeder at 11:23 AM 3 comments

"I'll slack you off you fuzzy little foreigner..."

Whenever people talk about stouts, Guinness invariably comes up in the conversation.  It's one of the most famous beers in the world and is THE example of a dry stout.  Guinness famously sours a portion of their beer in oaken tuns remaining from the early days of the brewery.  These tuns have Brett, lacto, pedio and doubtlessly a bunch of other organisms, and provide the unique taste of Guinness.  I wanted to try something similar, but on a homebrew level.  Plenty of homebrewers have done this before by adding acidulated malt or lactic acid.  Some have soured portions of their wort and then added it to the finished product.  As someone who likes making Dregs Beers, I thought I'd try a different approach and add the dregs of a sour beer to my homebrewed stout after a primary fermentation with a traditional ale yeast.  My thought is that the English ale characteristics essential to a traditional stout will be established in primary and the remaining bugs and bacteria from the dregs will provide just enough sour bite to make the beer a little more interesting.   I like Draught Guinness, but really prefer Foreign Extra Stouts, and they come in two sub-styles: Export and Tropical.  Here are some thoughts about each with a short sensory evaluation of two representative beers.

EXPORT
While travelling in Scotland I had a chance to try Guinness Foreign Extra Stout in a bottle.  It has a higher alcohol content, plenty of dryness and a smooth creaminess to it that I liked immediately.  It's a deep opaque black, and not as bitter as some others I've tried.  There's almost no sweetness-it's the Guinness you know and love times two. 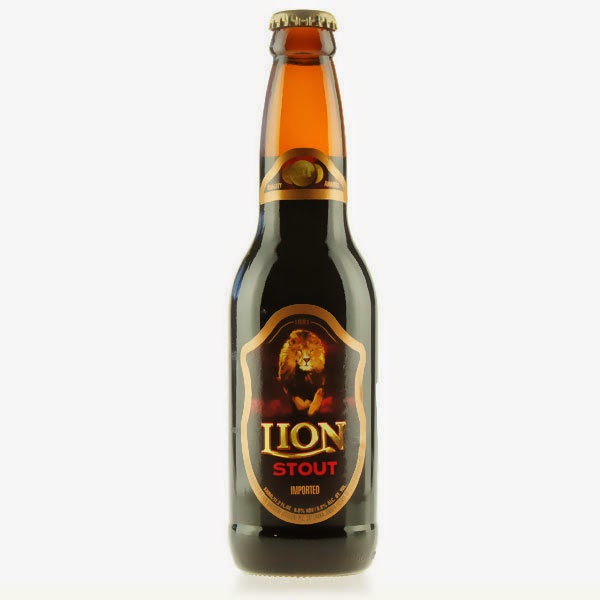 I tried a Lion Stout for the first time when travelling in Peru.  It pours a deep dark brown, almost black and has plenty of roasted malt and coffee aromas.  Lion retains a sweetness and a hint of alcoholic bite that serves a nice counterpoint to the bitterness associated with a lot of roasted barley.

I plan to sour this beer slightly with Wyeast Brettanomyces Lambicus. This beer will spend some time fermenting out as the bugs do their job slowly.  Need more?  Check out the BrewBlog posting here.

You can't end a post that references Carl Spackler without including this:

"A looper, you know, a caddy, a looper, a jock. So, I tell them I'm a pro jock, and who do you think they give me? The Dalai Lama, himself. Twelfth son of the Lama. The flowing robes, the grace, bald... striking. So, I'm on the first tee with him. I give him the driver. He hauls off and whacks one - big hitter, the Lama - long, into a ten-thousand foot crevasse, right at the base of this glacier. Do you know what the Lama says? Gunga galunga... gunga, gunga-lagunga. So we finish the eighteenth and he's gonna stiff me. And I say, "Hey, Lama, hey, how about a little something, you know, for the effort, you know." And he says, "Oh, uh, there won't be any money, but when you die, on your deathbed, you will receive total consciousness." So I got that goin' for me, which is nice."
Posted by Daniel Schroeder at 11:55 AM 0 comments